One of the most difficult challenges a nanny or child care provider faces on a daily basis are power struggles. Struggles between two kids, each one wanting to run their own activity, struggles between nanny and child, child trying to tell nanny what to do or not cooperating with what nanny is saying, or even struggle between parent and child that is projected onto nanny since he/she is taking on a parental role.

The four best ways to have a great relationship with the kids you nanny or babysit, or your own kids for that matter, are as follows:

1. Set clear expectations from the beginning. And stick to them.

If you tell Johnny not to run around or throw things in the house, there better be a consequence to his actions when he breaks the rules. If there are no repercussions to his actions, he won’t take you seriously when it’s time to discipline.

“Johnny, there is no running in the house and no throwing things. These games are meant for outside, where it is safer to play and nothing will get broken.”

Allow time for reasonable democratic debate with your children so everyone is on the same page and to make sure your child has a clear understanding of the rules.

Discuss consequences to breaking the rules in advance

“If the rules are disobeyed, strikes will be given. If three strikes are reached, privileges like computer time and ice cream will be taken away.”

It’s important to state these expectations ahead of time so they don’t come as a surprise to the child if he or she breaks a rule.

This is the most important part. If your child breaks a rule, it is essential to hold up on your end of the bargain. Assign a strike, give time-out. Follow through with whatever the discussed consequence was. If the consequence is not carried out, respect from your child will be lost and chaos will ensue. The child needs to know who’s in charge and that he or she cannot get away with bad behaviour or rudeness.

Chances are, whatever hurtful or rude thing a child might say was learned from a sibling, friend or television/internet site. Kids don’t make up a whole lot of things alone. They are very malleable beings and new words and phrases stick to them like magnets. If a child criticizes you for making a grammar mistake, it’s going to be okay. It could very well have to do with the child’s age too. A common characteristic of an eight year old, for example, is to be very critical by nature. This isn’t because all of the sudden this young boy or girl has memorized the entire encyclopedia and knows everything in the world, but in his or her mind they might have. When a child corrects you or calls you something rude, it is a way of figuring out his or her place in the world in relation to adults and seeing what will happen. It also may happen because it’s simply the child criticizing someone for the first time, and an opportunity to teach the child respect and empathy is in store.

3. Remain one step ahead of the children. At all times.

Does the child you care for have a tendency to get bored with an activity after a half hour or 45 minutes? Avoid boredom by switching activities before they have a chance to get bored. 100 Activity Ideas

Does Johnny and Sarah tend to fight with each other when walking home from the bus? Engage them in a fun game to play instead. Walking Game Ideas

Do the kids have a tendency to get cranky and irritable in the afternoon? Have a set snack time in mind that you stick to everyday to keep blood sugar levels stable. “Kid Approved” Plant-based Snack Ideas

Carry around your physical and mental bag of tricks at all times! You’ve been around the track a few more times than these kids. Yer the boss. 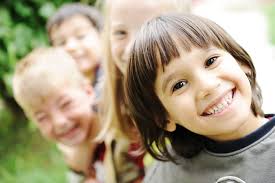 4. You are their care provider, not their friend

Lots of nannies, sitters, mothers and fathers want so badly for their kids to like them. As they should! However, it’s more important to be a behavioural role model for your kids rather than to try to be their friend. An important quote that stuck with me from a great teacher that I had said

“Being the example isn’t the most important thing, it’s the only thing”

Kids pay attention and pick up on what you say and do more than you may think. Monkey see, monkey do. The apple don’t fall far from the tree. Be the example you wish to see in your kids!

First, be their parent, nanny etc. Be in charge. It’s okay to take a harsh tone with them. Kids crave boundaries. They need somebody to set limits for them to help them understand their reality.

Follow through with consequences. If you say you’re going to do something, do it. When consequences aren’t carried out, the child doesn’t know who’s in charge any more and will do as he or she pleases regardless of what or when.

Set expectations before going anywhere, out to dinner, to the library, to a friend’s house. If your child/children misbehave, pull them aside and tell them quietly what you expect of them, rather than embarrassing them in front of everyone.

R E M E M B E R , if your kids respect you, they will automatically trust you, like you and be your friend. Be in charge first.